For Valentines Day - Create a memory. Here's mine! Part 1 of 3

Valentines Day is four days away! Do you know what you're getting your sweetie? How about this year, instead of chocolates and flowers, you give her a memory?

YES! Chocolates are sweet, flowers are pretty but they don't last. A memory stays with her forever, like the one Spike gave me.

If you met my Spike, you would know instantly that he is a natural Dom who is really tuned in to his submissive's head space - what she wants, craves, how far to take it. Later when we attended Fetnights, I learned how respected he was by the people there, as a great Dom. How lucky was I !!!!

Okay, I digress...back to my hot birthday experience.

When I arrived at his apartment, the deep pulsing bass of Massive Attack drifted through the air, in a candlelight setting.{ Click this link to hear it while you read!}
https://www.youtube.com/watch?v=WCwfUX58IZw

It was dark, romantic and a thrill went through my body. He was wearing his leather chaps and leather vest, tantalizing me with his muscled chest covered by a light sheen of dark, silky hair. And when he turned away, his hard gorgeous ass was visible and I wanted so much to run my fingers over it.

But I wasn't allowed. Immediately, he exerted his dominance over me, towering above me in his six foot four splendor, dark flashing eyes peering down at me in his Greek god sculpted face. My knees went weak and my pussy became wet from that look.

"Remove your clothes." His voice was soft yet commanding. 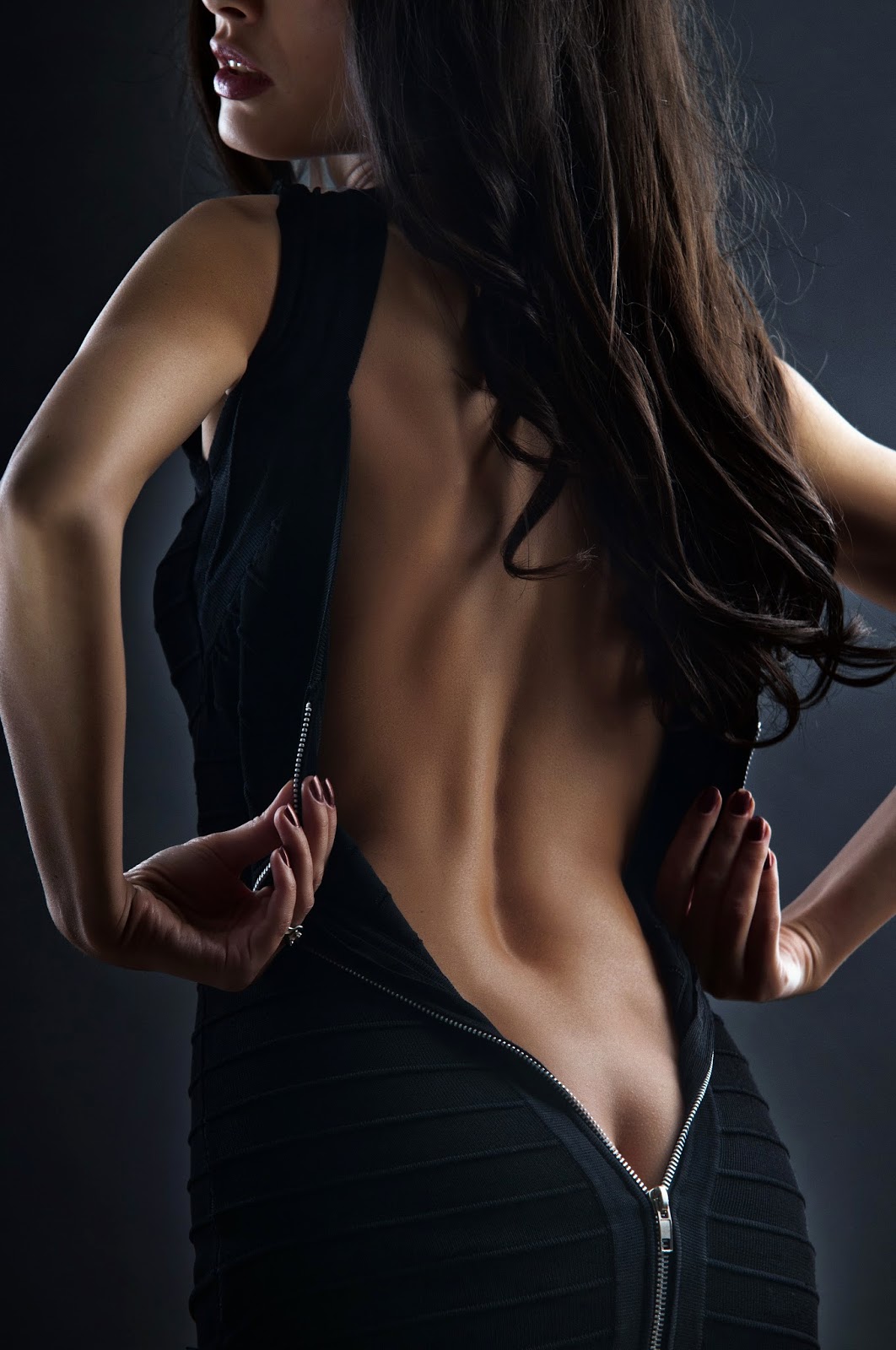 I stripped out of my short dark skirt and blouse standing before him in my black bra, panties and thigh highs.

He led me a few steps away and lifted my hand. I could feel a rope being secured to my wrist before my hand was lift and pinioned to something. Then my other hand received the same treatment.

"Spread your legs." His voice was behind me now.

When my hip rolled and I pressed into whatever was touching my sensitive spot…Crack! I jumped at the suddenness of the bee sting on my ass. My muscles tensed in anticipation that more was to come. And I was right. The bee sting was now on my shoulder blade, my thigh and ass once more. Then nothing. 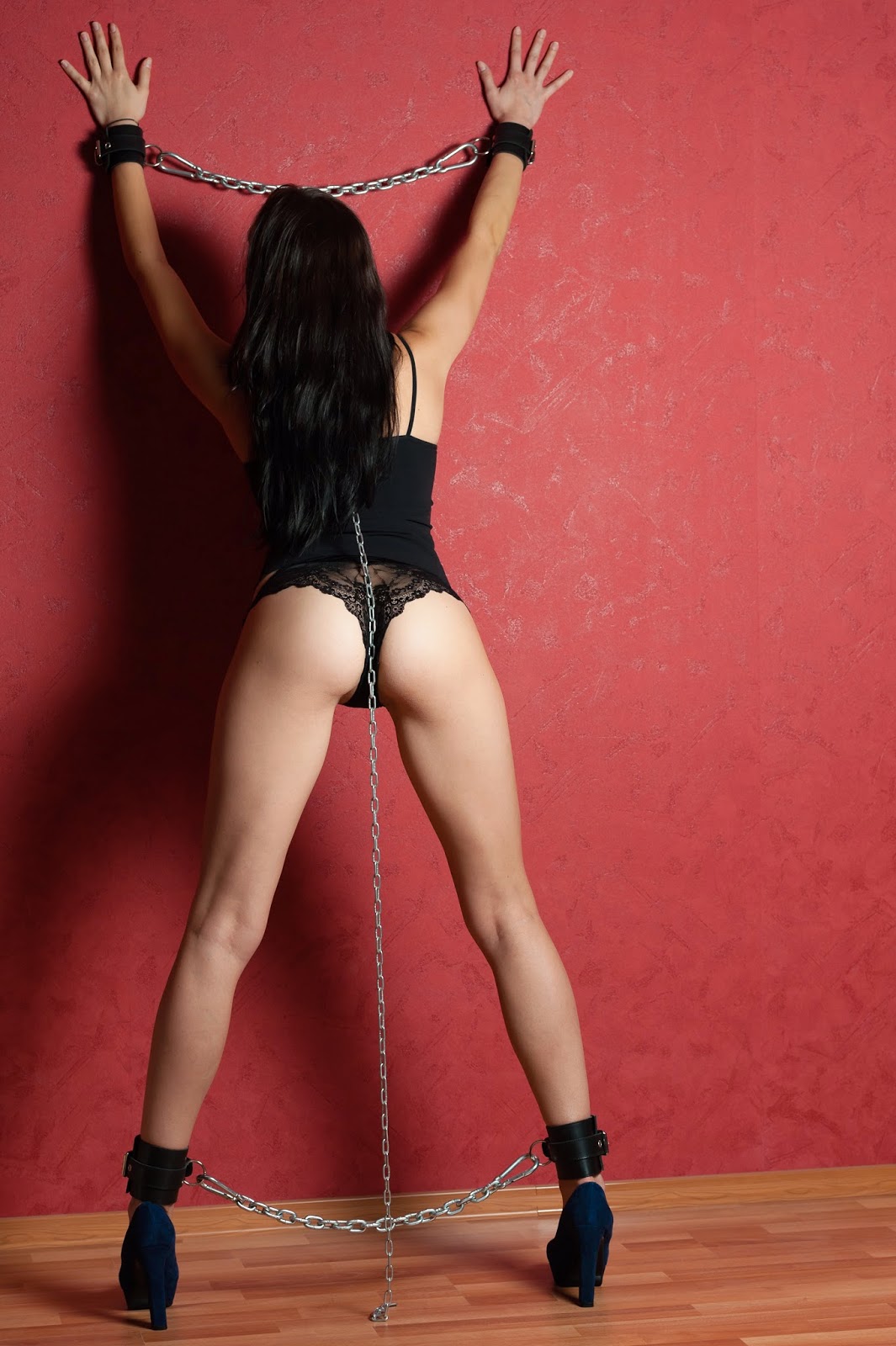 I flinched when something sharp pressed into my spine in the area just above my ass. The sensation was unbelievable when it slowly pressed while moving up my spinal column. Was it a knife? How well did I really know Spike? I held my breath.

His hot mouth was on the curve of my neck while his hands pulled my breasts from the cups of my bra. His fingernails scraped along nipples hard and aroused. God, I didn’t know how much more I could take. My ass pushed backward trying to connect with his cock.

Again, the hard swat on my ass, this time with his hand.

Stay tuned for the rest of my memory. I have to go take a shower :). I promise I won’t leave you hanging :) like I was. But tomorrow is another day. If you liked my ‘memory’, promise me you’ll do something nice like this for your partner.